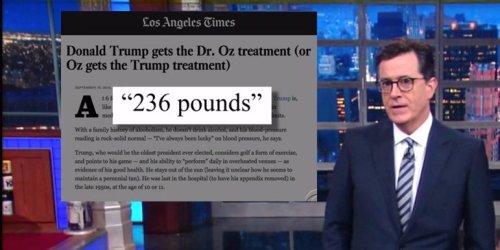 Philosopher Rebecca Kukla (Georgetown) has given What’s Wrong? permission to repost the following comments, which she initially posted on Facebook:

And don’t tell me how the real issue for you is that he is lying about his weight. First, we all know he lies. This is not news. He lies about things that actually matter, unlike this. Second, we live in a culture where people are under enormous pressure to lie about their weight and I bet many of you who are mocking him have done it too. Third, if all you cared about was the lie, you wouldn’t be re-posting unflattering pictures where you think his fat looks funny and gross because hahaha oh look his belly is hanging.

This entry was posted in Uncategorized. Bookmark the permalink.